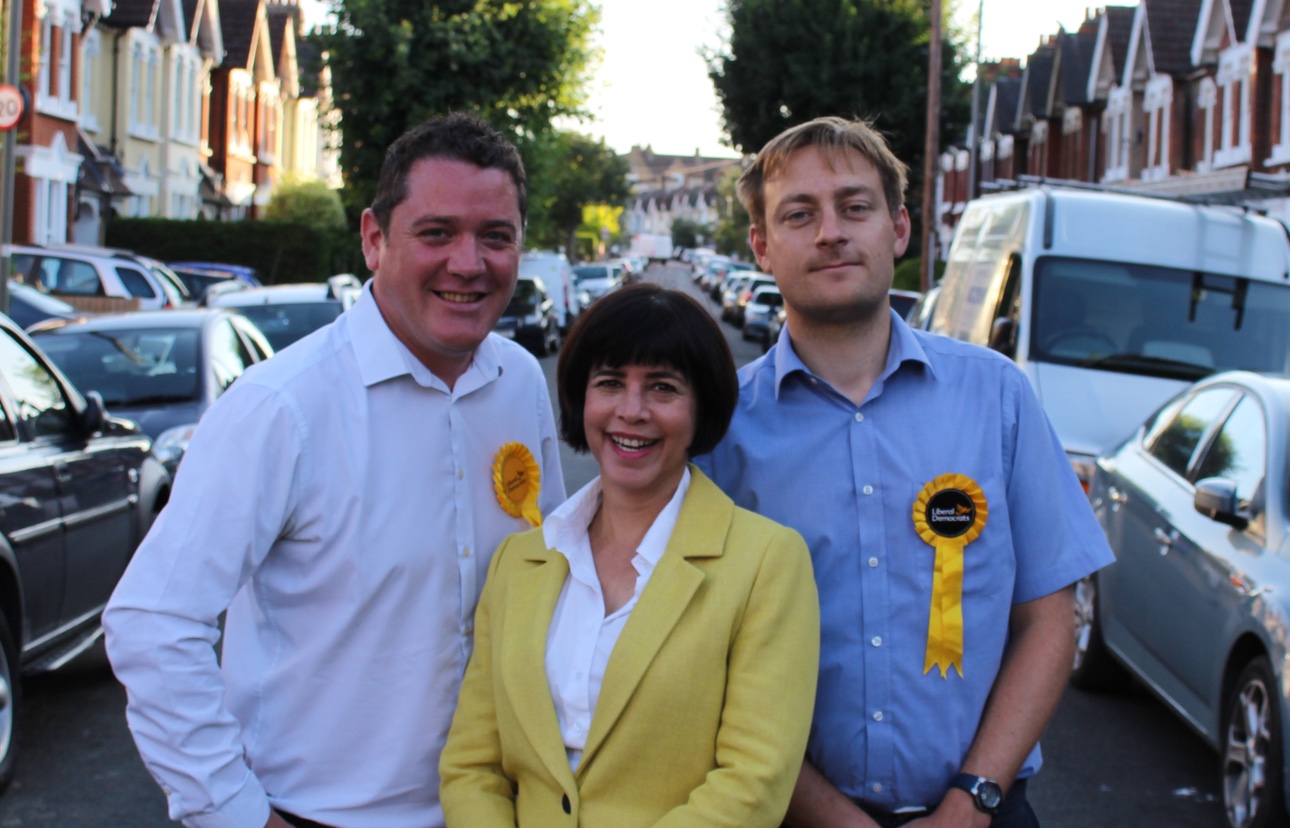 We are facing an election in the immediate future, and we have never had a better chance at winning parliamentary seats in Wandsworth than we do now.

Despite a lack of councillors or MPs, Wandsworth had the country’s second largest Lib Dem vote in the European Elections in May. We won in every ward, and in every corner of our borough.

Putney is one of the party’s top target seats, polling shows us in the lead in Battersea, and in Tooting, the Labour MP is worried about losing her seat to us.

Now is our chance to win in Wandsworth - to stop Brexit, fix our broken politics and build a fairer society which protects our planet.

In Mark Gitsham, Sue Wixley and Olly Glover, we have three great parliamentary candidates who will make fantastic MPs.

So chip in today and make sure we get Mark, Sue and Olly elected